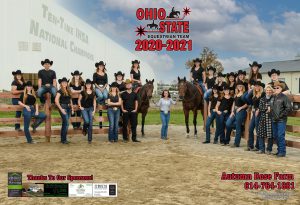 The Ohio State Equestrian Team has been coached by Ollie and Debbie Griffith since its inception in 1986. The team competes in western riding disciplines. The Equestrian Team has won Ten National Championships and 8 Reserve National Championships, becoming the most successful western team in the Intercollegiate Horse Show Association (IHSA). Not only has the western team been extremely successful, but numerous individual competitors have received prestigious awards, including several AQHA Cup Winners (Western All-Around Title). 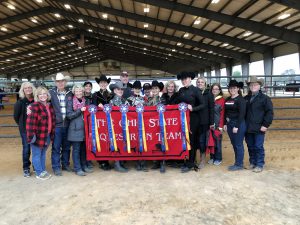 The Ohio State’s own Western Equestrian Team placed first at the their Semifinals in Ocala, Florida!  This means that they beat out over 200 other collegiate teams across the nation to qualify for the national competition in the Intercollegiate Horse Show Association.  This year’s National Finals will be held in Syracuse, New York.  Ohio State has qualified and competed at nationals every year since 1991.  The Western Equestrian Team has won the IHSA National Championship ten times, that is more than any other collegiate team in the forty year history of the western IHSA.  This year we are hoping to make that eleven!  Over 10,000 college students compete in the Intercollegiate Horse Show Association every year.  The team is truly a hidden gem at Ohio State. 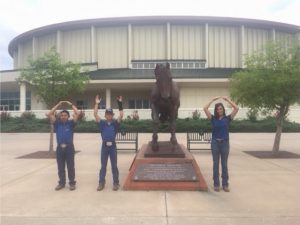 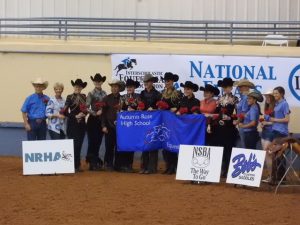 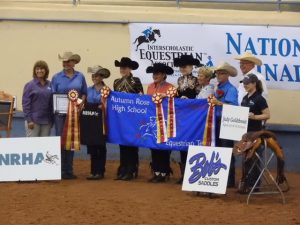